With modern-day technology systems, thermal imaging drones have become a useful tool. Professionals make use of them in various sectors to detect a number of things. For instance, firefighters find great use of thermal imaging drones to handle blazes and related emergencies. It is also used by security agencies to help trace reported missing persons. Generally, it's a lifesaving technology that finds great use in the society that we live in today.

Here are some useful benefits of thermal imaging drones.

Firefighters find great use of thermal imaging drones in their line of work. Basically, they have a technology configuration that shoots light rays through the smoke to view the hotspot areas. This ability enables firefighters to address fire outbreaks from the root cause.

When there are casualties in a fire outbreak, it becomes easy for the emergency team to see through the smoke and save them before it's too late. Also, it helps detect specific in-house equipment that could be provoking the fire and have the situation contained to avoid more damage.

Basically, the imaging drone is attached to a camera system and dispatched to survey the suspected area. As it navigates the area, the search team is able to record all the photos and videos taken.

The team on the ground should be keen to gather as much evidence as possible and connect the dots until the missing person is finally traced.

Thermal imaging drones have made it easy for security agents to detect random criminal activities and immediately act to enforce the law. While the use of emergency service lines has been great, not all criminal offences can be covered. However, when thermal imaging drones are dispatched into the air, the police and other security agents are able to locate criminal activities like unreported robbery and violence acts, drug trafficking crimes, domestic violence, etc.

Utility and building constructions, especially commercial ones, have a big task when it comes to inspections. With thermal imaging drones, you can inspect everything, including leaking ceiling systems, damaged installations, leaking water pipes, failed window and door systems, and other problems.

There are certain areas that are difficult to access during inspections. With such drones, inspection can be done in the rooftop areas, the inner side of the ceiling, and several other inaccessible spots. 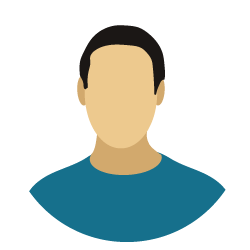 There’s no getting around it: electronics are a huge part of our lives. From cell phones to televisions, we rely on electronic devices to help us stay connected and entertained. But what exactly are electronics, and how do they work? This blog will explore those questions and provide lots of information about the science behind electronic devices and their uses. Our amateur writers have spent a long time researching and writing each piece. Stay tuned for future posts that will go into more detail about specific types of electronics you may use in your domestic and professional life. Thank you!